According to the recently unveiled findings of the EU Fundamental Rights Agency’s survey on the experiences of LGBT+ people in Europe, more LGBT+ Europeans are now open about who they are but fear of violence and discrimination remain high.

With 140,000 respondents from 30 countries (European Union Member States, the United Kingdom, Serbia and Northern Macedonia), it is the world’s largest survey of LGBT+ communities ever.

The independent centre of reference and excellence for promoting and protecting human rights in the EU carried out a similar survey in 2012.

Comparing the two surveys reveals little overall progress over the seven years. The EU averages mask important differences between countries. In some, over 70% of LGBT+ respondents say society is more tolerant, while in others, up to 68% say it is less.

40% of LGBT+ respondents think prejudice and intolerance have decreased in their country, while 36% say they have increased. Less trans (31%) and intersex (29%) people mention improvements. There are important differences among countries. For instance, in Ireland, Malta and Finland, over 70% say intolerance has fallen. In Poland and France, 68% and 54% say it has risen. 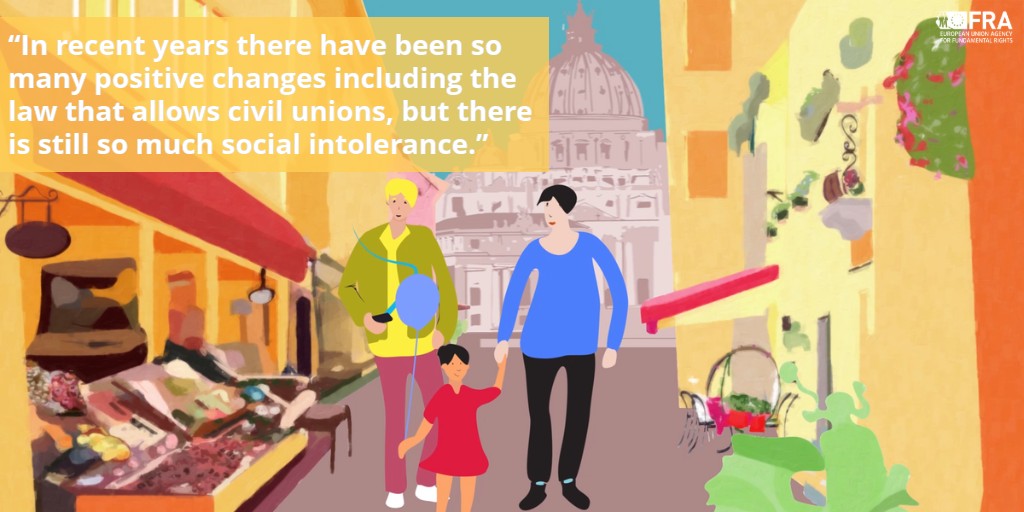 All Out members are well aware of the deteriorating situation in Poland and jumped right into action: 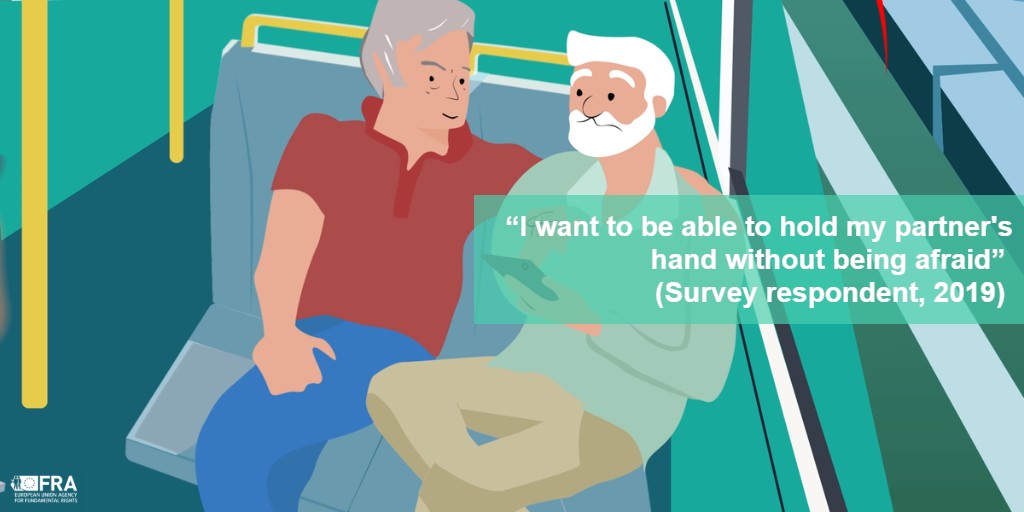 Thousands of All Out members are railing against Hungary’s attempt to outlaw legal gender recognition for trans and intersex and are joining Hungarian trans group Transvanilla in calling on the EU Commission to condemn the Hungarian government.

But German laws still fail trans, intersex, and non-binary people who want to change the gender marker in their personal documents too. That’s why we partnered up with Bundesverband Trans* to demand a law allowing anyone to change their gender marker and first name on the basis of self-determination. 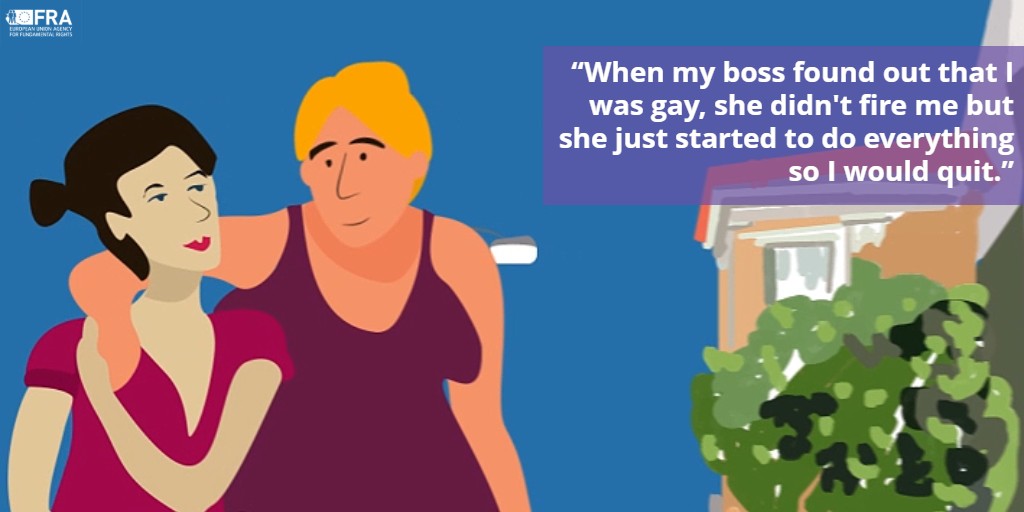 In 2019, 58% of LGBT+ respondents said they experienced harassment during the five years before the survey. In 2012, 45% of LGBT+ people said that they had been personally harassed. 1 in 5 trans and intersex people were physically or sexually attacked, double that of other LGBT+ groups. 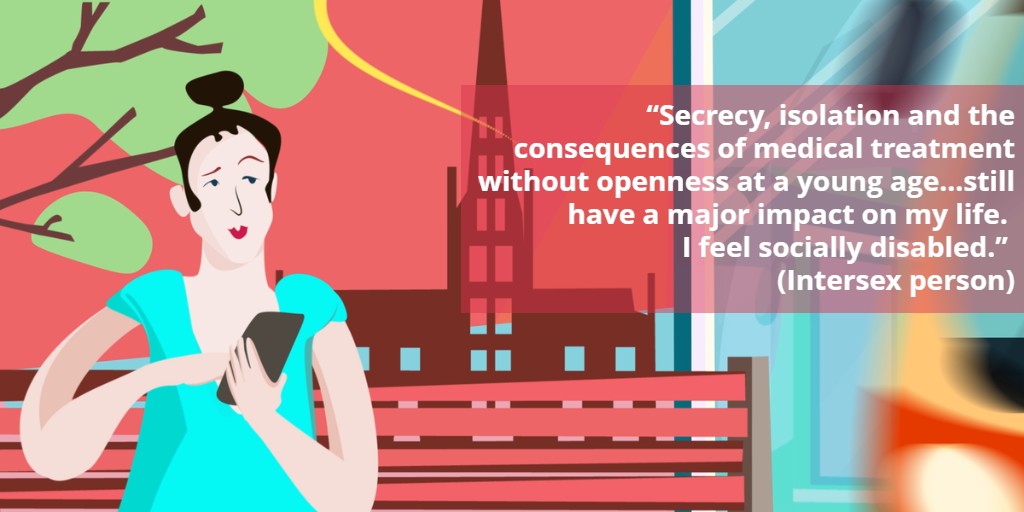 For the first time ever, FRA gathered evidence from 15-17-year-olds. The survey gives reason for both concern and cautious optimism.

LGBT+ people aged 15 to 17 experience more harassment than their older peers. However, half LGBT+ students say someone among their peers or teachers supported them. This support drops to 33% for people aged 18 to 24 and to 7% for those 40 and over.

1 in 3 LGBT+ people say they have difficulties to make ends meet. The situation is worse for intersex and trans people (about half). 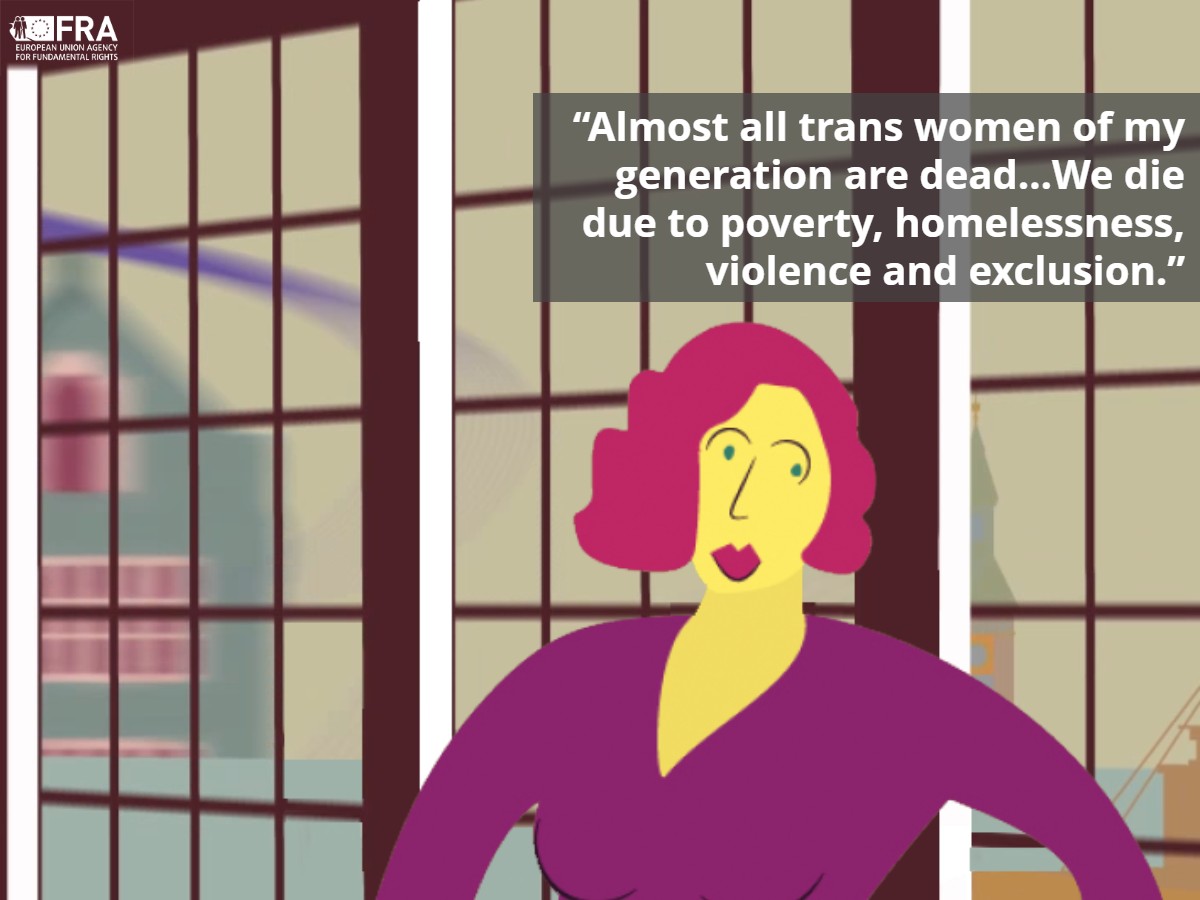 On the other hand, hate speech coming from politicians, political parties and public figures is the first factor in determining a deterioration in the situation. Unsupportive community leaders and civil society, lack of policies and laws protecting LGBT+ rights or their not being enforced aren’t helpful either.

All Out members took action multiple times to fight hate in Europe:

As the fight for LGBT+ rights continues in Europe and across the world, All Out will keep working to fight back against the bigots and haters and speed up positive change.