Australia was on the verge of marriage equality for years and All Out stood in solidarity every step of the way.

In 2015, All Out members enabled us to air a powerful video in Parliament with same-sex wedding photos from around the world, urging Australia to approve marriage equality.

In 2016, All Out members chipped in to allow us to cover the sidewalks of Sydney, Australia's biggest city, with pro-equality chalk stencils in an attempt to stop government plans for a plebiscite on marriage equality. Our partners at Just.Equal took solidarity messages from All Out members and brought them straight to high-profile politicians in Parliament. 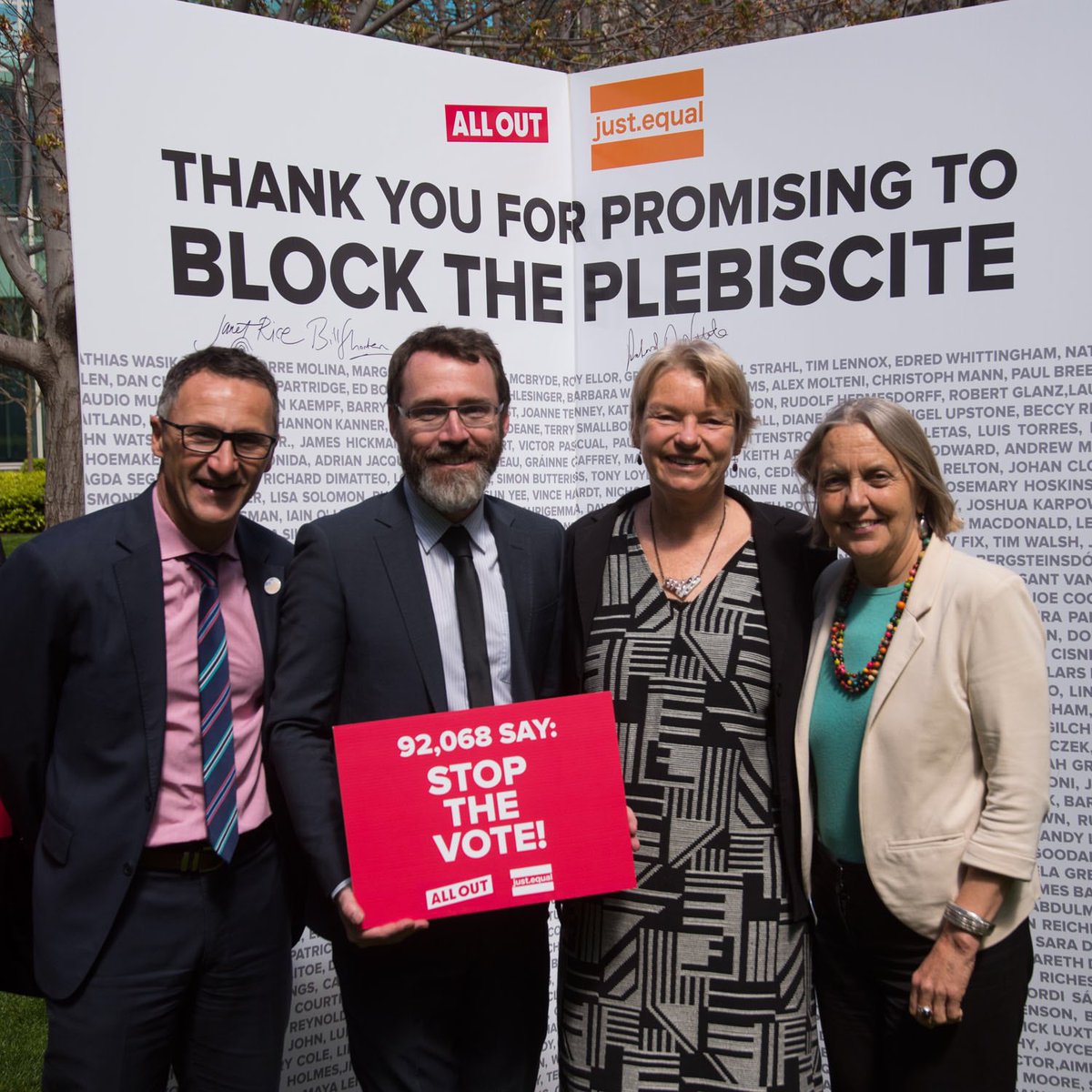 When the government ran a costly and pointless postal survey on marriage equality anyway in 2017, we launched a fundraiser to pay for a giant airplane banner to fly over Sydney, saying "VOTE YES!" to help get a majority "YES" votes mailed in. 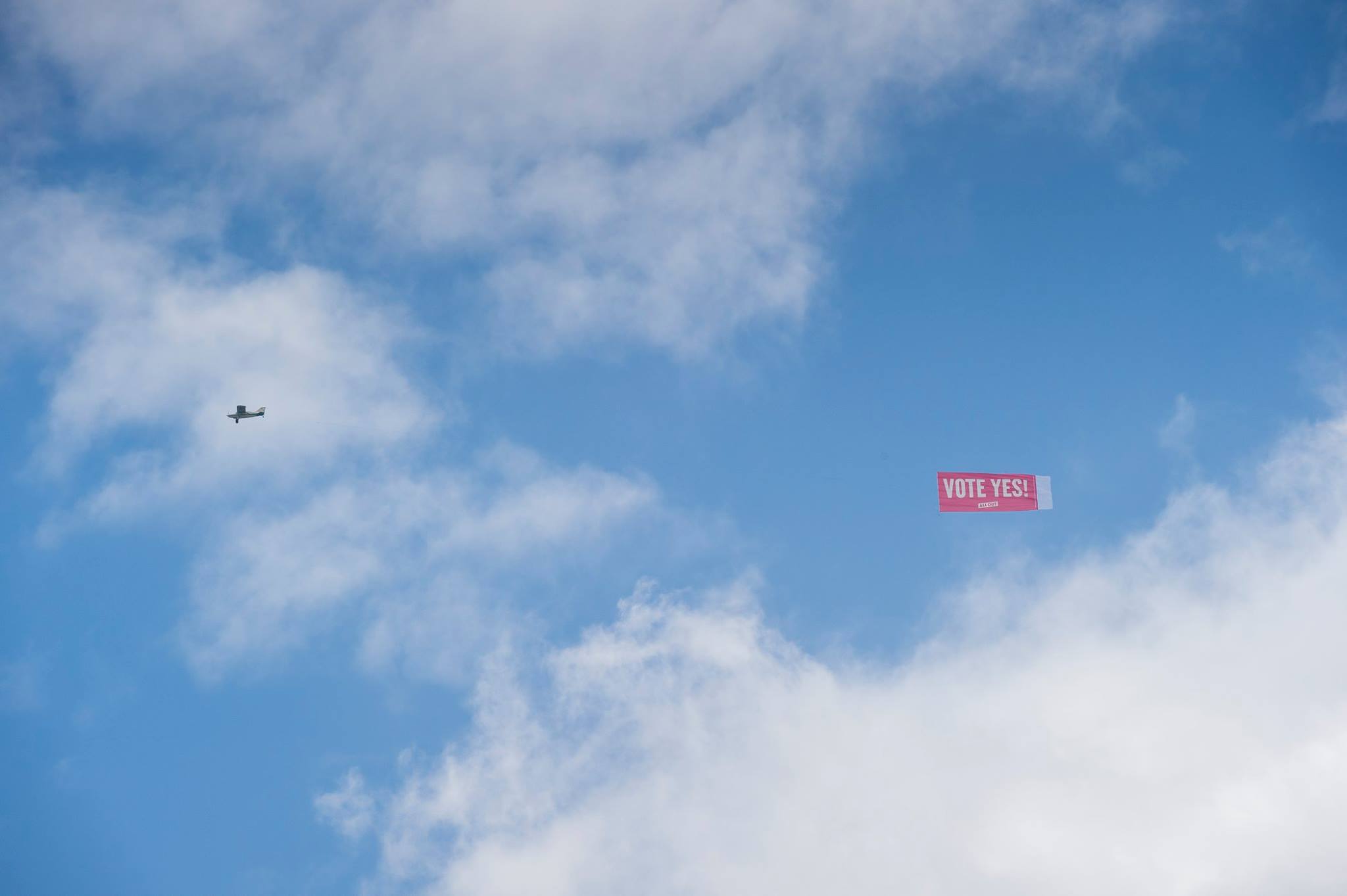 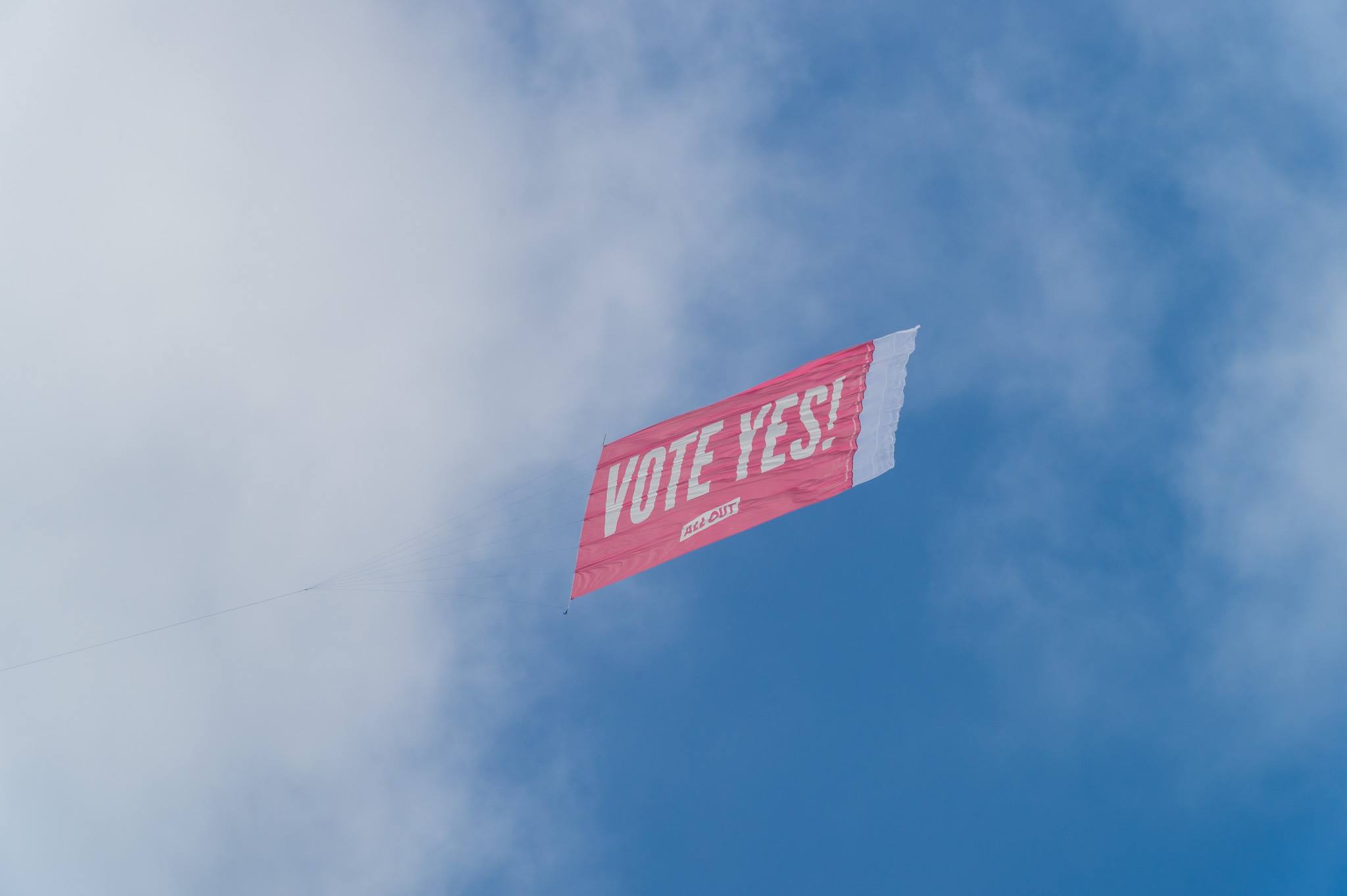 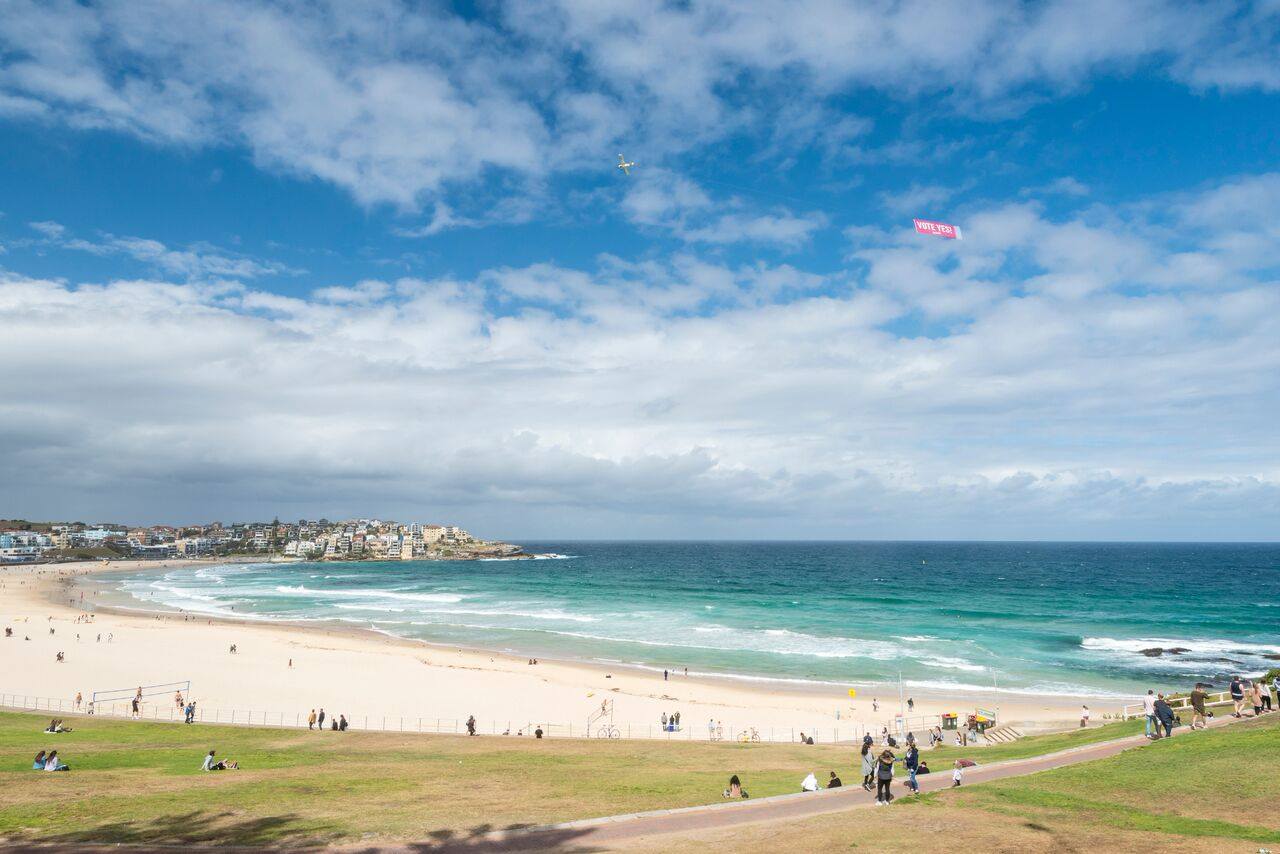