For years, religious organizations and “health practitioners” have engaged in so-called "conversion therapies". A new law puts an end to these practices.

"Conversion therapies” aim to persuade LGBT+ people that they are sick and can be "cured". The tactics used by their practicioners amount to physical and psychological torture. The victims are often minors.

During the first week of October 2021, the French Parliament started debating a bill to ban "conversion therapies". Our partners at Fédération LGBT immediately started a campaign to urge French MPs and Senators to support this bill. 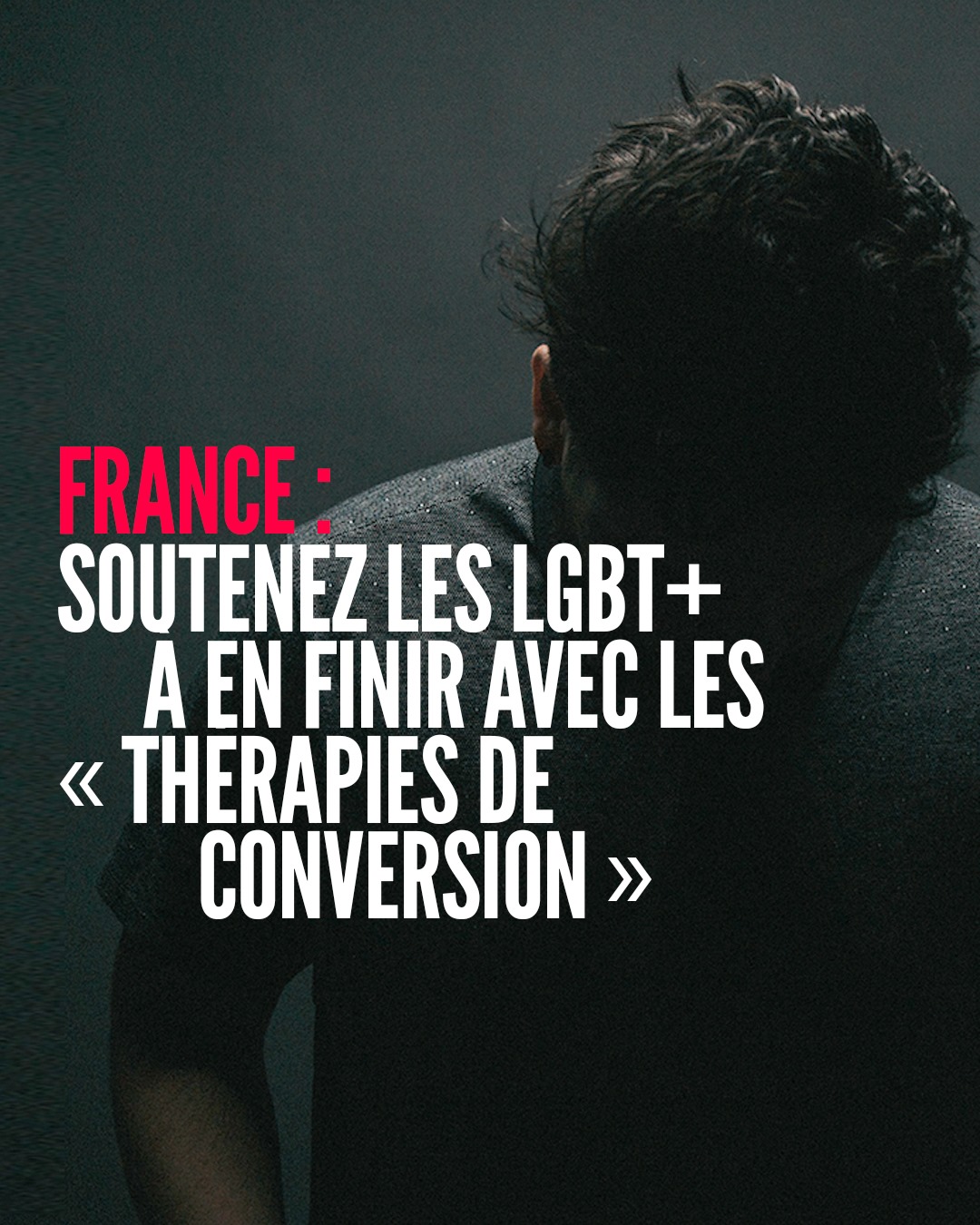 More than 12,000 All Out members in France signed the petition. And it worked!

On January 25, 2022, the law banning "conversion therapies" was passed.

Campaigns like this work! If you want to start your own petition for LGBT+ rights, click here and get started!