For the first time in history, the LGBT+ community in the country of Georgia planned to celebrate Pride in their capital city Tbilisi in June 2019.

It was no easy task: The Georgian LGBT+ community faces constant challenges, homophobia, and resentment. When the plans were made public, the government warned Pride organizers that a march would be "impossible" because of threats from far-right groups. A state official even intimidated one of the organizers directly and asked them to cancel the march.

All Out launched a global campaign, urging the Georgian government to respect the right of Georgian LGBT+ people to march in Pride, and to ensure the safety of all participants.

All Out campaigner Yuri Guaiana flew to Tbilisi and together with Pride organizers delivered over 28,000 signatures to the office of Georgia's Prime Minister. 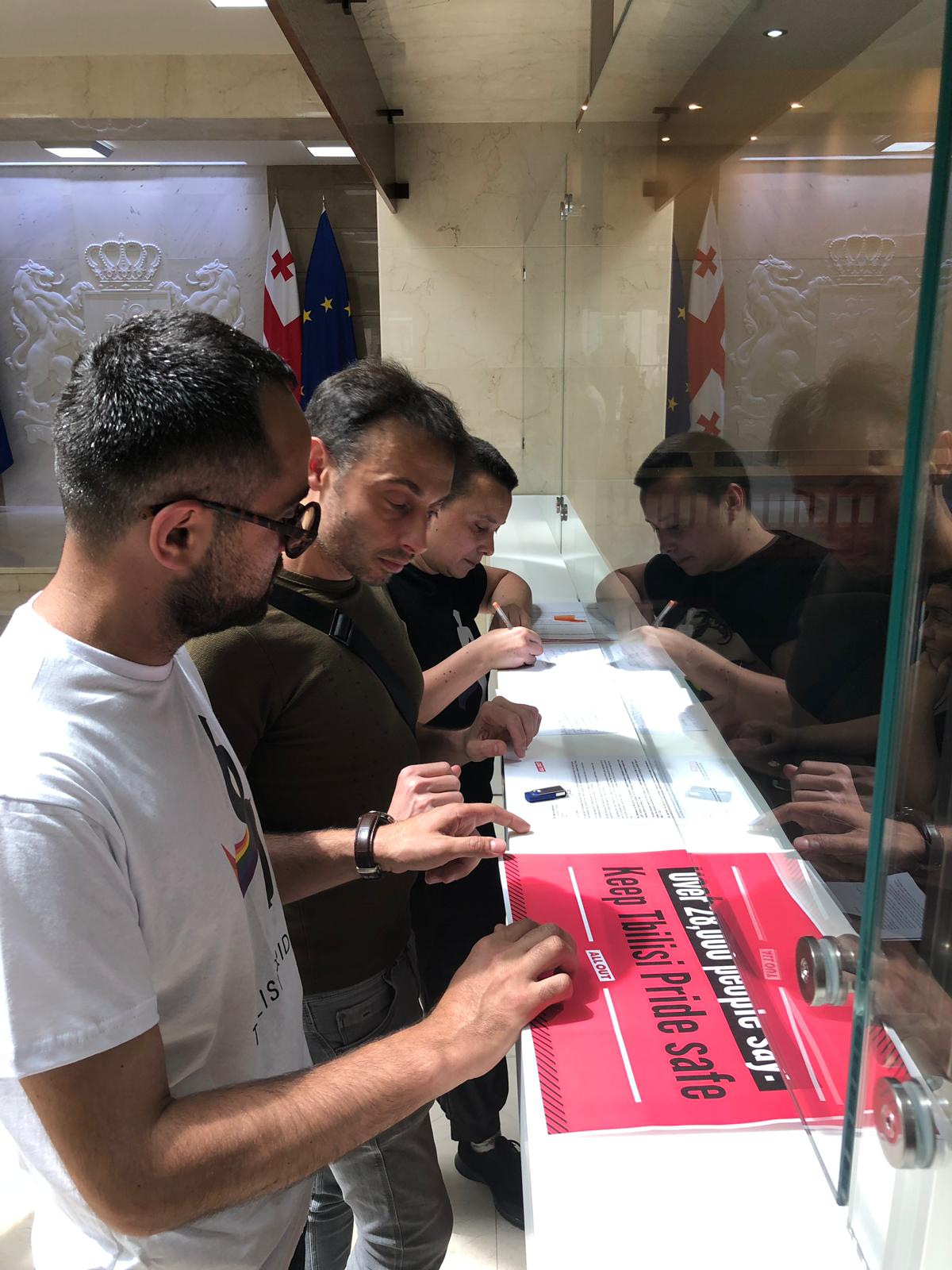 Days before the Pride march was scheduled, political tensions and protests arose in the country. A decision was made to postpone the Pride for security reasons.

A few weeks later, on July 8, 2019, history was finally made in Georgia: In spite of threats by radical groups and the lack of support by the government, local activists brought the rainbow to the streets of Tbilisi in the country’s first ever Pride march.