3 lesbian movies where being lesbian isn’t an issue

In these times of lockdowns, we all long for moments of escaping the current situation – and films are a great way to do that.

There are many great films which tell the struggles of LGBT+ people. But sometimes I don’t want to be confronted with these struggles. I want films where LGBTQ+ folks are just a regular part of the story and where my relationship with a woman is not portrayed as an “issue.”

As an aspiring filmmaker myself, I aim to showcase lesbian relationships in my work. That's why I am part of the German film collective GENERATION TOCHTER (“Generation Daughter”), which aims to do just that. We want to increase lesbian representation in film and carve out our place in the movie industry.

We are very excited about our upcoming film: a coming of age action thriller in which the main character Clara and her two mothers are blackmailed into robbing shops in Berlin, when she falls in love with Aleyna, the daughter of one of the shop owners. 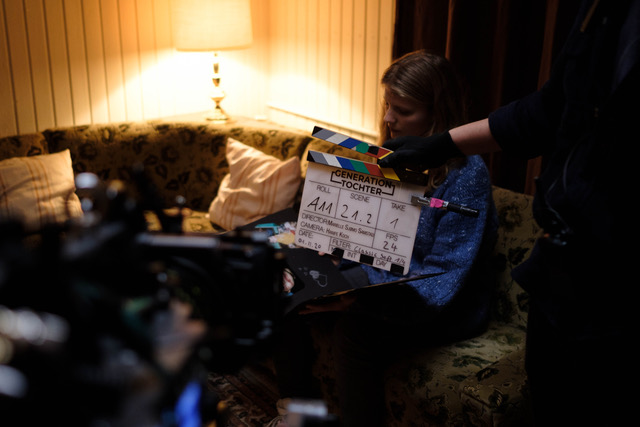 Our film will be released in the fall of 2021. Till then, here are three suggestions for lesbian films that I truly recommend and in which being lesbian is not an issue:

The Watermelon Woman is a fun mockumentary by Cheryl Dunye from 1996. A black lesbian aspiring filmmaker works in a video library where she discovers a black actress from the thirties who is only referred to as “Watermelon Woman.” Cheryl interviews various women and finds out about a relationship between the “Watermelon Woman” and her female director.

The film is a low budget production (and it shows) but still, The Watermelon Woman is very original. The topic of race is very relevant and the affair of Cheryl and one of her customers is a nice add-on to this very interesting story.

This film, which won the Queer Palm at Cannes in 2019, tells the story of two women in the 18th century. And yes, even though their relationship at this time could not be public, this is not what Portrait de la jeune fille en feu is about. The film is about art, gazes, and being a woman. In fact, it is so much about women that the only men shown are absolute side characters.

Portrait de la jeune fille en feu starts with Marianne, an artist who was hired to paint the portrait of Héloïse, an aristocrat who refuses to be painted. Marianne therefore watches Héloïse in secret during the day and works on her portrait at night. The women fall in love and soon the secret is revealed. Portrait de la jeune fille en feu shows us that the art of Marianne is itself a piece of art, aesthetically capturing its characters and the Breton coast they live at. A poetic escape for a cold winter night.

Watching Kokon is like the feeling of summer sun on your skin. The film tells the coming of age of the 14-year-old Nora who grows up together with her sister in Berlin. Nora is a quiet teenager, an observer, but this summer she observes herself in a vivacious summer of first times: menstruation, parties and her sexual attraction. In between her older sister and their best friend, who does not seem to be interested in anything else but their social media profiles and boys, Nora falls in love with the older and confident Romy, who shows her how to transform out of her cocoon into a butterfly.

Kokon was released in cinemas last summer after opening for the category Generation at Berlinale.