Anti-LGBT+ hate banned from the UK

When news broke that U.S. hate preacher Franklin Graham had announced a tour in the UK, All Out's Executive Director Matt Beard – who is a citizen of London – was shocked.

Franklin Graham travels around the world, telling tens of thousands of people that Satan runs the LGBT+ movement. His words justify violence and discrimination against LGBT+ people.

Matt immediately started a petition on All Out’s new petition platform calling on the O2 Arena in London to not give him a platform to preach hate. He asked his friends to sign and shared the petition on social media. 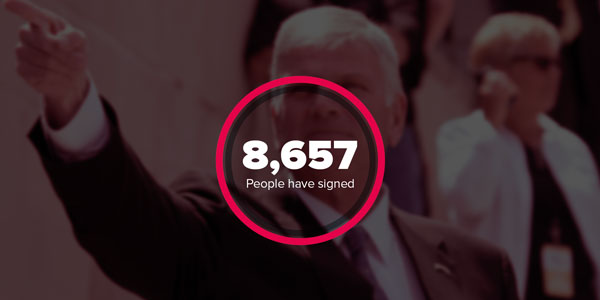 The response he received was overwhelming. Thousands of people signed, voicing a loud and resounding 'NO to hate' in London. 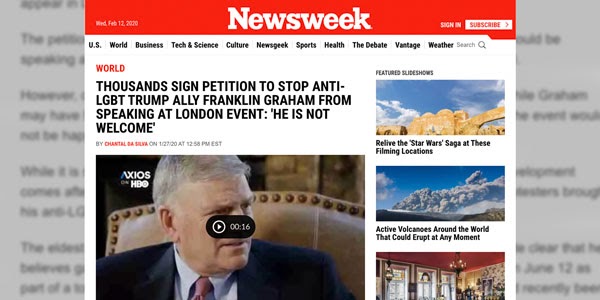 Within a few days, our community managed to draw attention to the issue and eventually ALL planned venues in the UK banned Franklin Graham.

Since the launch of our petition platform, Matt has been joined by many other petition starters from all over the world.

Would you like to join him as well? Start your own petition today!