Bringing the rainbow back to Egypt

Egyptian authorities hate rainbows. In fact, they hate them so much, they banned them and arrested everyone who carried one during a concert in 2017.

We were alarmed when we heard the news of Egypt planning to launch a new tourism campaign at the ITB tourism fair in Berlin in March 2019. Knowing that Egypt would present a whitewashed picture of the country, we decided to "bring back the rainbow to Egypt".

We asked members to sign a pledge for LGBT+ rights in Egypt and print their names on a rainbow flag that would be displayed at the tourism fair.

More than 11,000 All Out members added their names to the flag!

We took the flag with the names of thousands of All Out members printed on it to the Egyptian tourism stand, where we unfolded it. 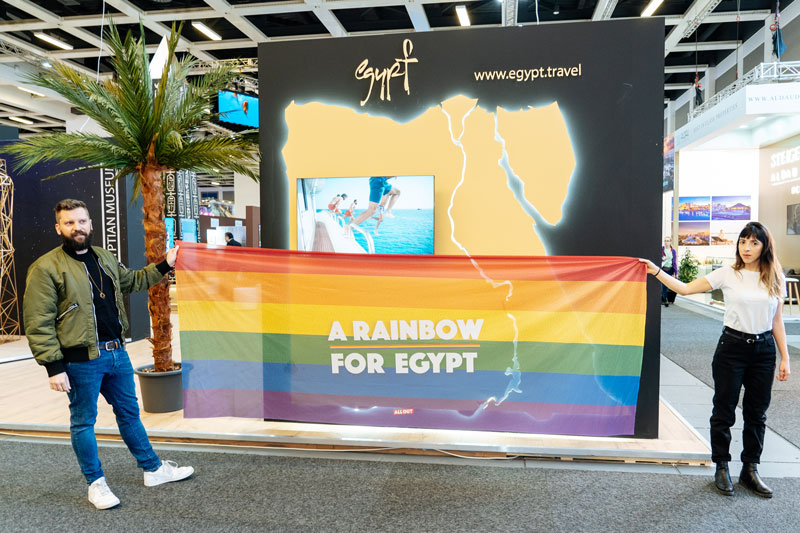 A few minutes after we unfolded the flag the people working at the stand surrounded us. They shouted at us and tried to intimidate us. They filmed us with their phones and asked us to delete any photos we had taken. One man even said: "This is forbidden in Egypt!"

But we were not backing down.

Our protest continued that day at the Egyptian embassy where All Out members in Berlin joined us in delivering the flag to the authorities. 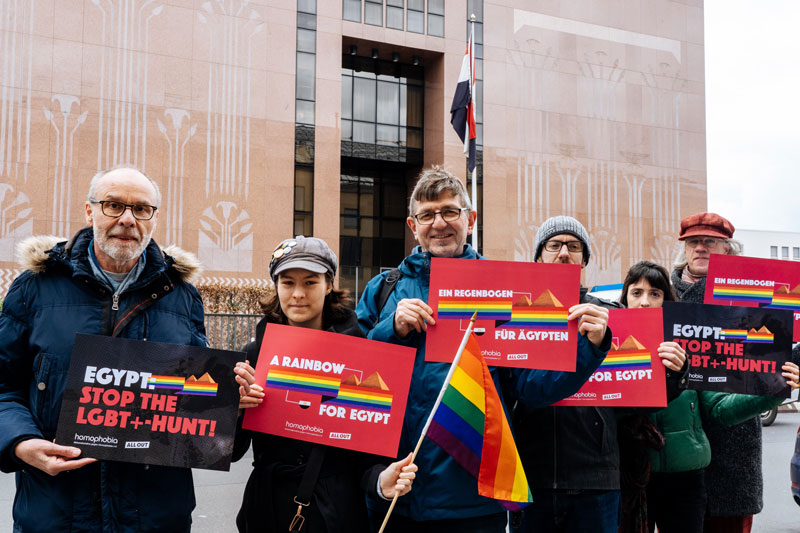 We were able to ruffle some feathers. Egyptian authorities heard our message. They know that there are a whole lot of people around the world fighting for LGBT+ people in Egypt.