Leading up to the 2018 Commonwealth meeting, All Out members helped bring attention to the role the UK played in spreading anti-LGBT+ laws throughout the world.

In 37 Commonwealth countries, love is illegal.

Thanks to All Out members' donations we were able to project a massive message onto Westminster Palace on the first day of the Commonwealth meeting. The stunt helped put these countries' anti-LGBT+ records front and center, and demand action from their leaders. 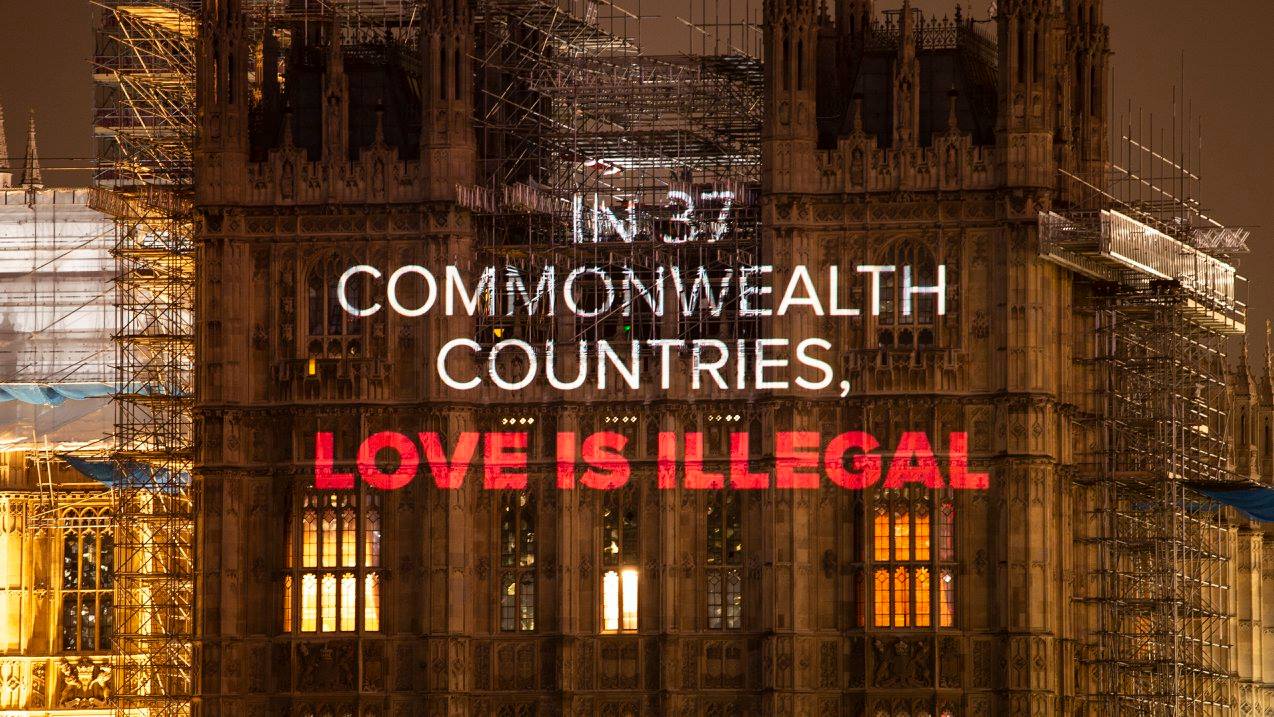 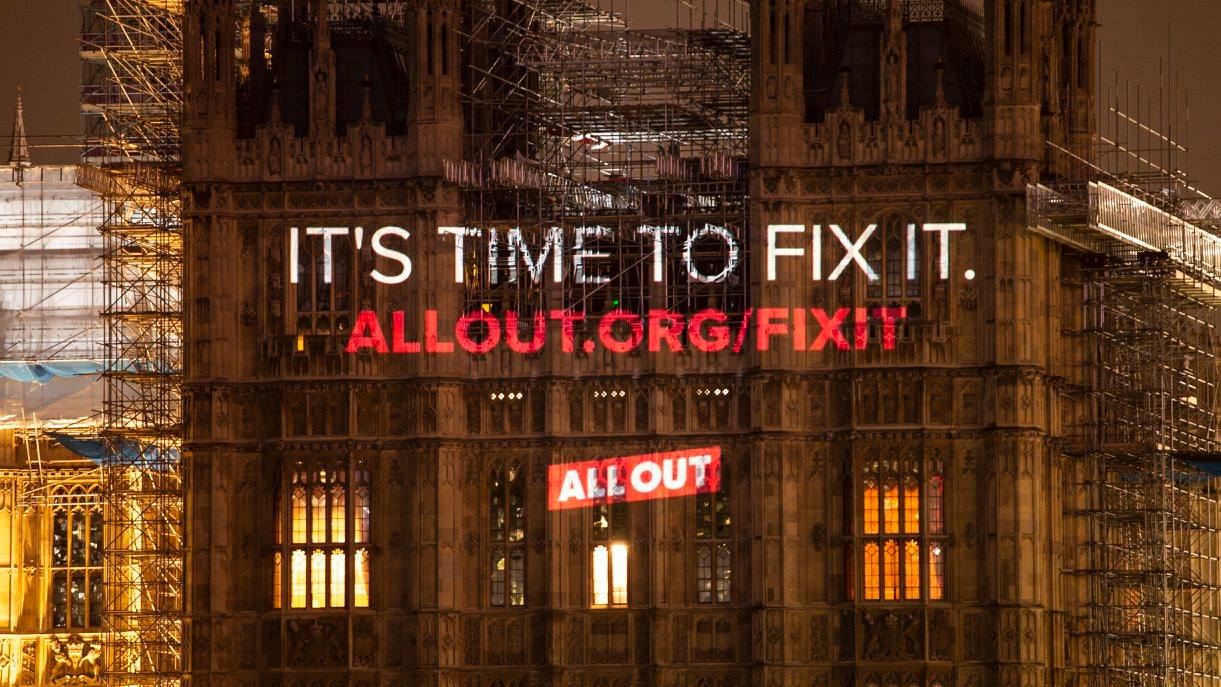 The next day, UK Prime Minister Theresa May said she "deeply regrets" the UK's role in spreading anti-LGBT+ laws around the world – an important milestone in the fight against these laws. A big shout out to everyone at The Commonwealth Equality Network for their hard work in making this happen! We'll keep working to make sure these words become action.

"As the UK's Prime Minister, I deeply regret both the fact that such laws were introduced, and the legacy of discrimination, violence and even death that persists today." During her PM speech today, Theresa May expressed deep regret for Britain's archaic discriminatory laws criminalising same-sex relationships in Commonwealth countries.