The Pride Parade in Istanbul has been banned for the fifth year in a row now.

After the ban in 2018, organizers of Istanbul Pride were given permission to gather publicly and read a statement on the importance of Pride to the LGBT+ community. The crowd refused to accept that a five-minute reading of a statement was all they were allowed to do and defied the order to disperse. Many had to run for their lives when police started shooting plastic bullets and tear gas.

All Out campaigner Yuri was on the ground with Pride organizers, reporting live from Istanbul while the attacks were happening.

Watch a recording of the live updates from Istanbul:

In 2019, the Pride Parade was banned again. This time around, All Out members jumped straight into action and donated generously to help publish a huge ad in the national newspaper Birgün, lifting up the voices of LGBT+ people in Istanbul. The ad read "Stop Banning Lesbian, Gay, Bisexual, Trans, and Intersex + Pride Marches!" and it was the first time in history an ad supporting LGBT+ rights appeared in Birgün. 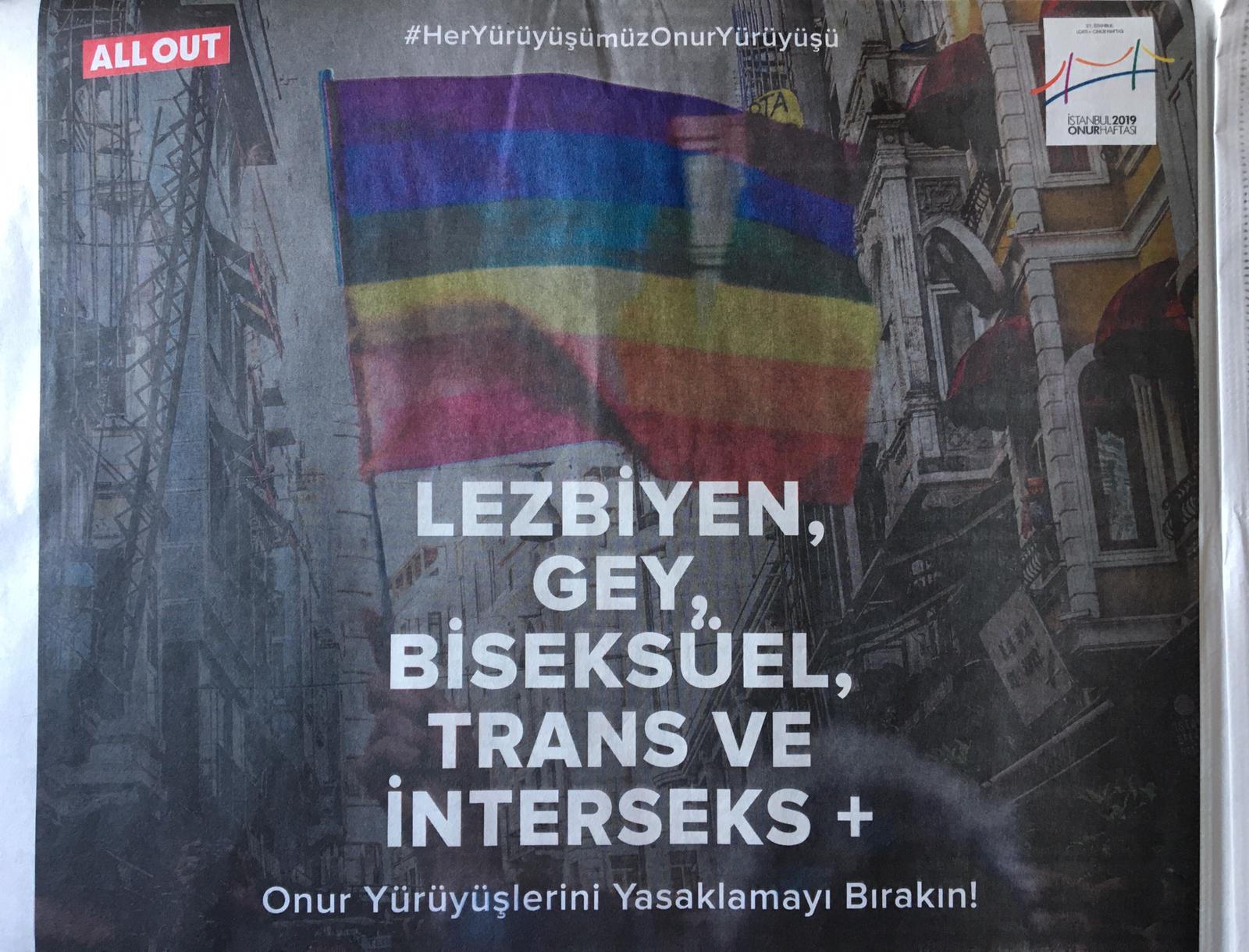 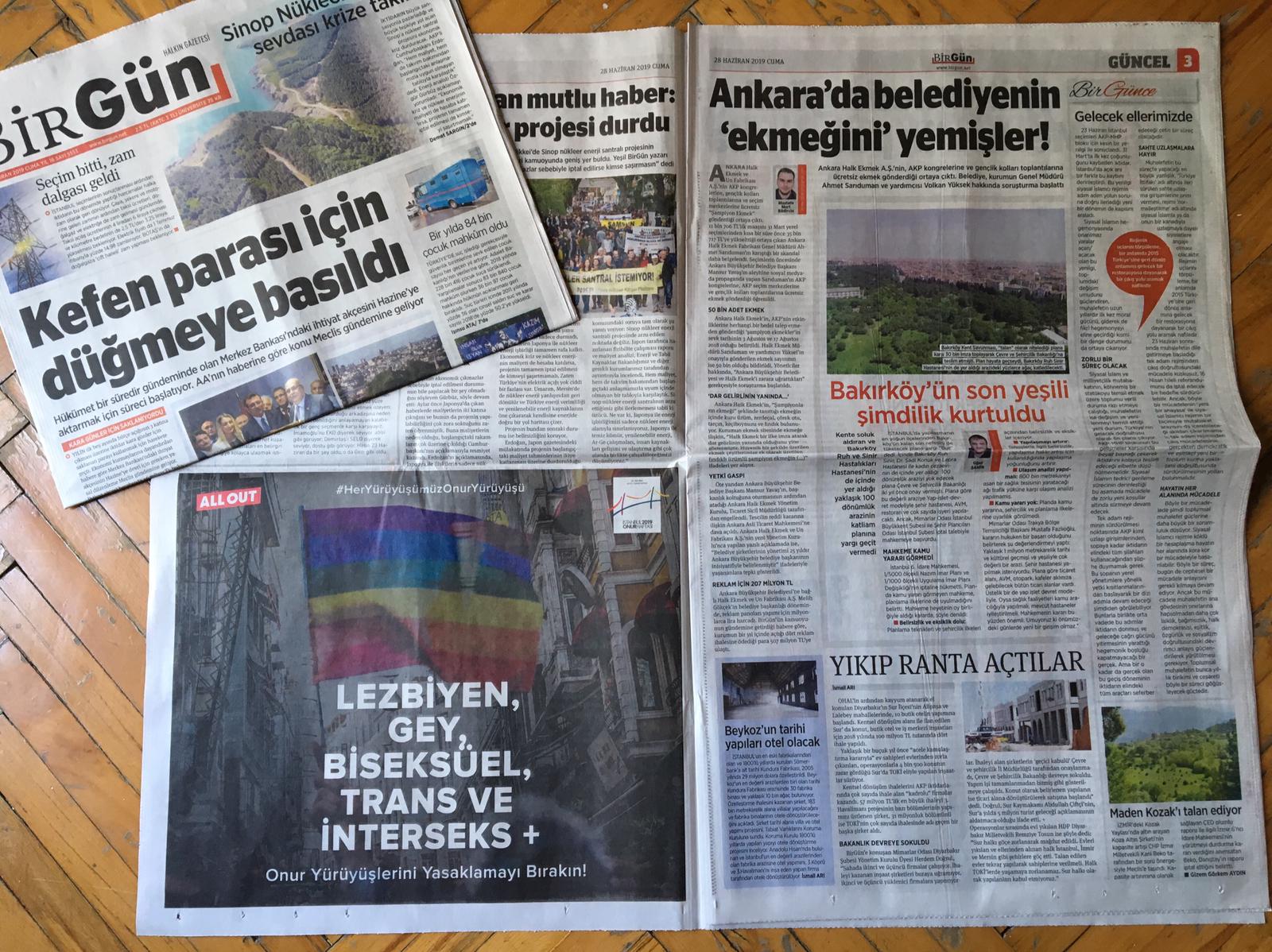