After his partner was victim of a homophobic murder, Efe had to flee Nigeria. All Out members pressured German authorities to not send him back. Now he can finally start his life in safety.

Efe, a gay man from Nigeria, fled to Germany after his partner was killed during a homophobic attack. Efe ran away because he feared for his life, but German authorities wanted to send him back.

The local authorities would not believe he is gay, because he had not mentioned it immediately after his arrival in Italy. They wanted to send him back to a country where homosexuality is criminalized and the punishment can be up to 14 years in prison.

Together with the Queer Refugees Network Leipzig, part of the RosaLinde Leipzig e.V., Efe took action against it, filed a complaint with the court and started a petition with All Out. 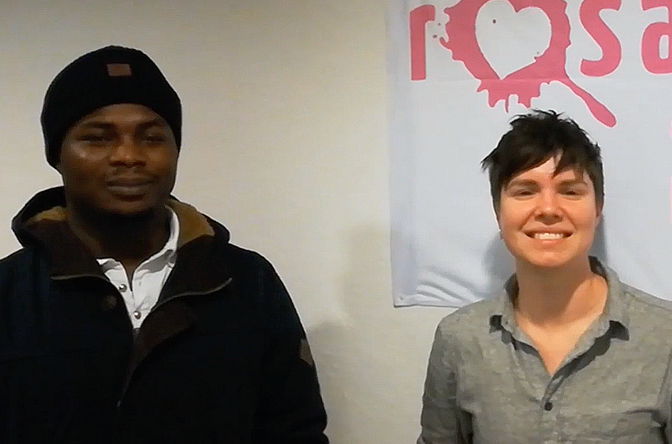 Almost 37,000 people supported his demand for a re-examination of his asylum application and his right to a fair review of his case.

When Efe discovered there was such a strong response from All Out members on his petition asking German authorities to keep him safe, he was incredibly moved.

He decided to say a few words to you in this video.

On 10. January 2020 our German partners handed over the signatures to the German authorities.

After the petition with almost 37,000 signatures was handed over to the national authorities, they agreed to re-examine the decision in Efe’s case. 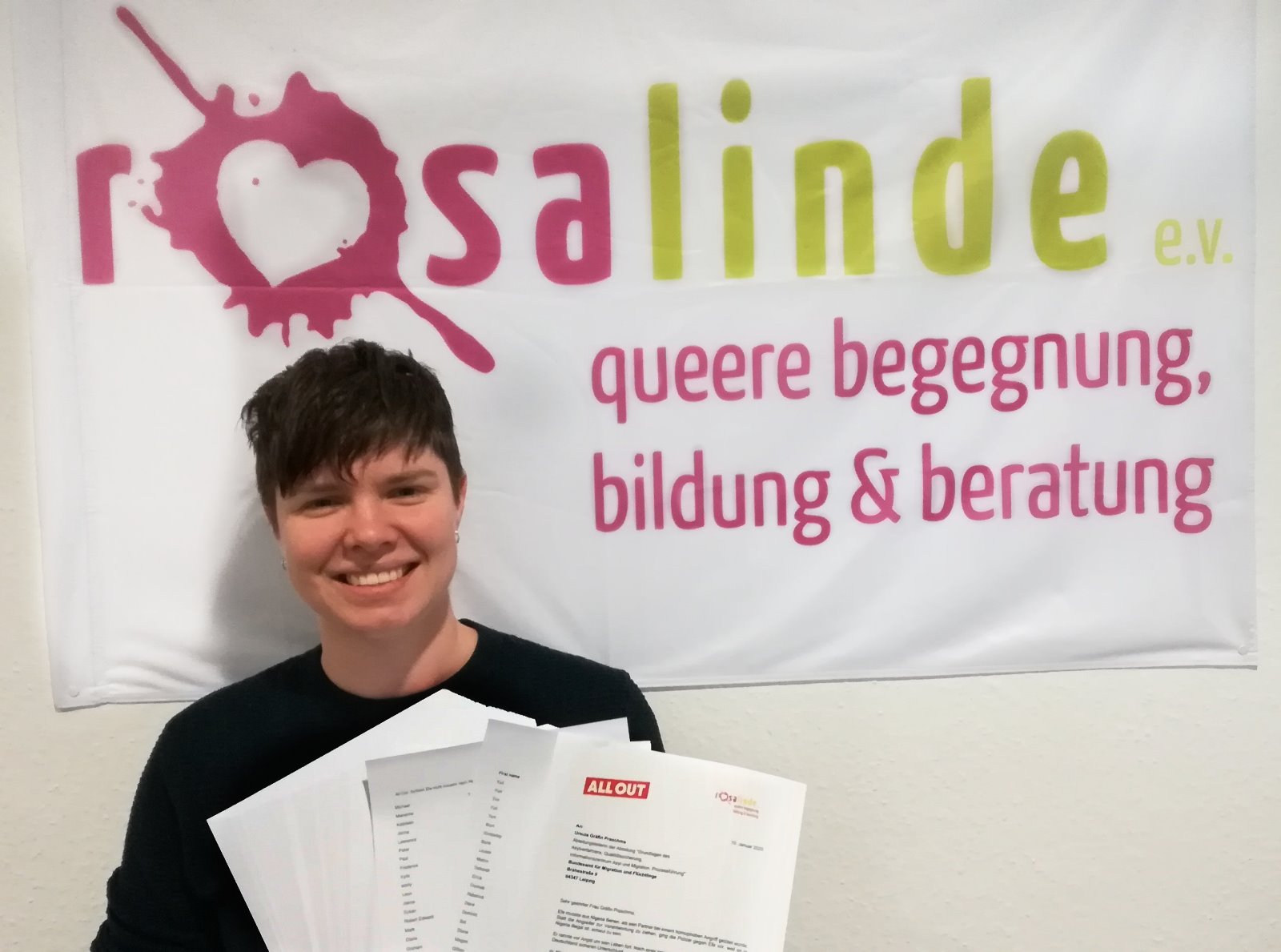 On 26th May 2020 after renewed examination, the negative asylum decision of Efe was revoked by the Federal Office for Migration and Refugees and a national deportation ban was granted.