However, his books continued to be distributed by wholesalers Hugendubel, Weltbild, Dussmann, Thalia and Amazon.

With a petition, an All Out member in Germany called on companies to ban the books of this hate preacher from their shelves. She wanted to prevent financial support for Attila Hildmann being generated through their sales. 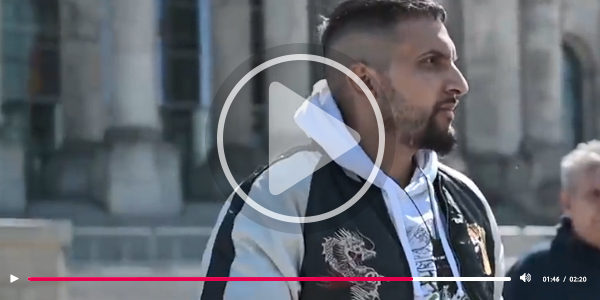 Over 9,500 All Out members signed the petition and called on companies to distance themselves from Hildmann and his calls for violence against LGBT+ people.

And it worked! Within a few weeks, Hugendubel, Weltbild and Dussmann removed his books from their ranges.

Only two companies refused: Amazon did not take a stand and the company Thalia refused the request on the grounds that the books had non-offensive content and supporting the author was not a problem for them.

If you want to start a petition for LGBT+ rights, click here and get started!