Thanks to a brave group of activists, the world learned about Poland's hateful “LGBT-free” zones. Then the government wanted revenge.

Since 2019, town after town in Poland has declared itself an "LGBT-free zone", making up ⅓ of the country.

And the only reason we know this is because a group of brave Polish activists launched an interactive map charting and monitoring these zones, called “Atlas of Hate”.

But in 2021, several municipalities were trying to silence them. They sued the activists at Atlas of Hate for exposing the truth, demanding public apologies and high retribution payments that could ruin these young activists financially and destroy years of work. 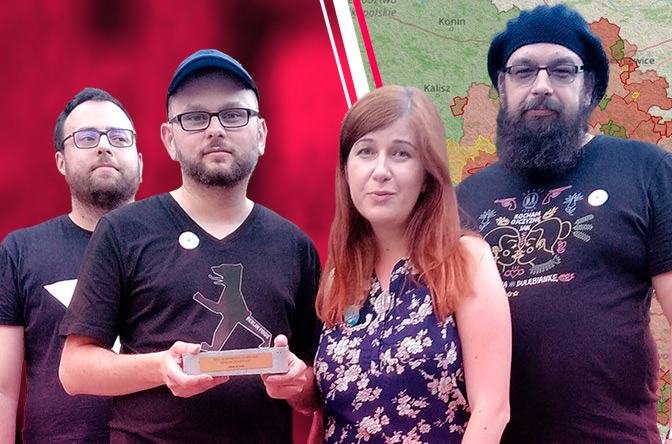 All Out members jumped into action and raised enough funds to cover their legal costs and help them fight this injustice and continue their work.

Start your own petition today!