Making discrimination against LGBT+ people a crime in Brazil

In October 2018, a major discussion started at Brazil's Supreme Court: should discrimination against LGBT+ people be a crime in Brazil? All Out was there – literally in court! – every step of the way. Read on to find out more!

In October 2018, Brazil elected one of the country's most vocal anti-gay advocates, Jair Bolsonaro, as President.

In an unexpected move, a few weeks later Brazil's Supreme Court announced they would discuss a case introduced in 2012 that would effectively criminalize discrimination against LGBT+ people in the country.

All Out and our partners in Brazil immediately launched a petition asking the Supreme Court to stand with LGBT+ Brazilians. In less than a week, over 220,000 people took action!

We went all the way to the Supreme Court to deliver our signatures directly to the Office of the Chief Justice. Check it out:

Things seemed to be going really well but the day before the vote started, the Supreme Court decided to postpone it to February. We used that extra time to continue pushing the campaign out.

On the night of Bolsonaro's first day in office, we projected a massive message – "We are LGBT+ and we will resist" – onto iconic buildings in Brazil's capital, including Congress!

We also asked All Out members in Brazil to share stories of anti-LGBT+ discrimination that they'd witnessed or experienced. In just 24 hours, we gathered almost 600 heartbreaking stories. 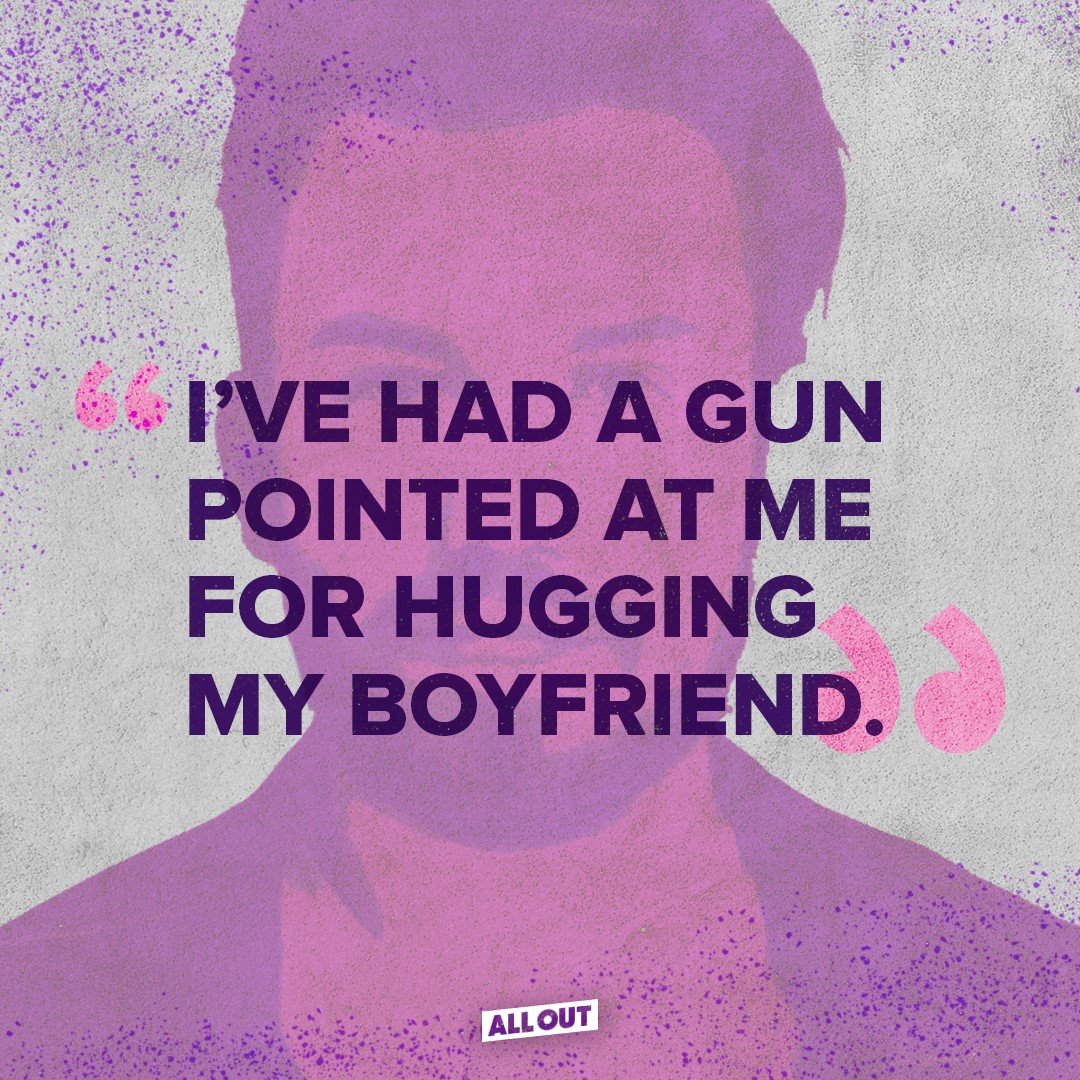 We teamed up with online portal Quebrando o Tabu and famous Brazilian YouTubers to tell some of these stories in a powerful video in Portuguese. Take a look.

Also in partnership with Quebrando o Tabu, we launched the hashtag #ÉCrimeSim (which can be roughly translated as #YesItIsACrime). The hashtag spread rapidly on social media and even became a global trending topic on Twitter!

Our efforts paid off: when the vote started in February, more than 750,000 people had signed the petition, making it one of All Out's biggest petitions EVER!

After a lot of back and forth, in June 2019, the trial resumed. Our campaigner Ana was there, at the Supreme Court, with our partners.

After a few days of discussion, it happened: the Supreme Court decided that discrimination against LGBT+ people should be criminalized – a huge victory for LGBT+ Brazilians!

Click here to watch a video update from Ana about this campaign.