Pastor Steven Anderson 'celebrated' the Orlando massacre. We helped keep him out of South Africa.

"50 less pedophiles in this world." Those were the disgusting words U.S. pastor Steven Anderson used to "celebrate" the tragic deaths of 50 young and innocent people during the horrific terror attack in Orlando in June 2016.

If that wasn't outrageous enough, Anderson planned to go to South Africa to spread his hate by preaching his anti-gay message across the country.

All Out, in collaboration with South African group Gay SA Radio, launched a global petition asking the Minister of Home Affairs, Mr. Malusi Gigaba, to deny Anderson entry to the country.

This pastor 'celebrated' the Orlando massacre. Let's keep him out of South Africa: https://t.co/yPaUiCoMHQ pic.twitter.com/vtUtK1B5PZ

After more than 52,000 All Out members spoke out, Mr. Gigaba agreed to meet with our partners in South Africa and receive our signatures. 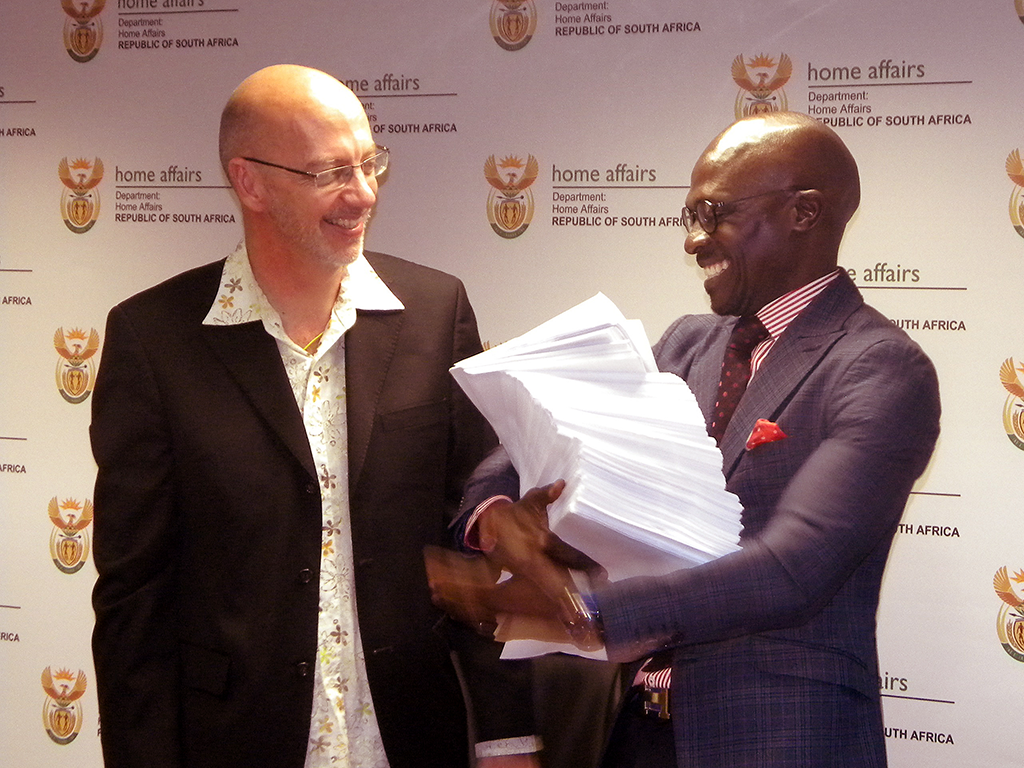 After the meeting, we sent the government a portfolio documenting Anderson's hateful activities – and it worked!

Shortly after receiving the information, the Minister announced Steven Anderson would be denied a visa, preventing him from spreading his awful anti-gay message in South Africa.

South Africa has barred controversial US pastor Steven Anderson from visiting the country because of his critical remarks about homosexuality. The home affairs minister said he was refused a visa as the constitution prohibits hate speech. Mr Anderson runs the Faithful Word Baptist Church, which says that homosexuality is an abomination punishable by the death penalty.

In his announcement, Minister Gigaba said "we have a duty to prevent harm and hatred in all forms against LGBTI, as any other person in a democratic state." He also acknowledged the importance of the thousands of signatures he received in raising the issue.

Anti-gay U.S. pastor Steven Anderson was banned from entering #SouthAfrica. Thanks for going All Out! pic.twitter.com/irfvxN9bXB

By working with local partners and campaigning with a powerful message of love and acceptance, we were able to stop the spread of hate. Love always wins when people get together to fight hate.

Here is a thank you message from our partner Hendrik to All Out members: 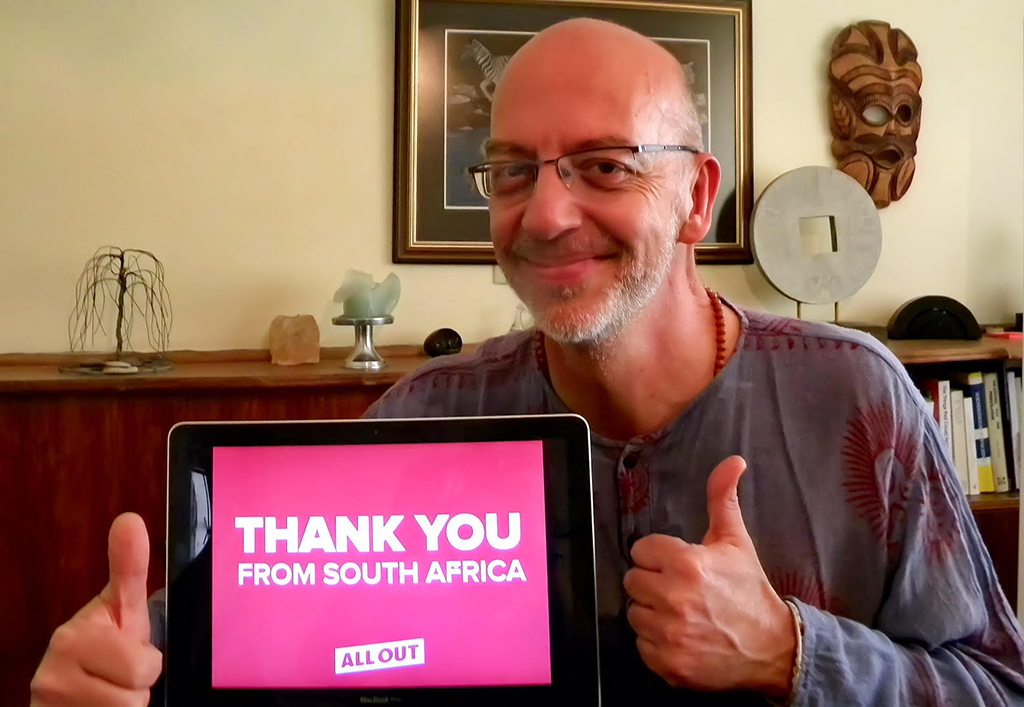