Amed wanted to use a photo montage to promote tolerance towards LGBT+ people in the Muslim community. When Facebook deleted the photo, he went public with a petition and took Facebook to court to make it clear: A kiss is not a crime!

Amed had to flee Iraq as a teenager because he ran into walls with his commitment to freedom of expression and tolerance.

Today, as an activist in Germany, he continues to stand up for the rights and freedom for everyone. With a photo montage (see photo) in December 2020, he wanted to send a signal of solidarity with Muslim LGBT+ people, who face a lot of rejection in their community.

Amed didn't let it get him down: he started a petition with All Out, protesting against the fact that hate is allowed to spread unhindered on the internet while actions for tolerance are censored. 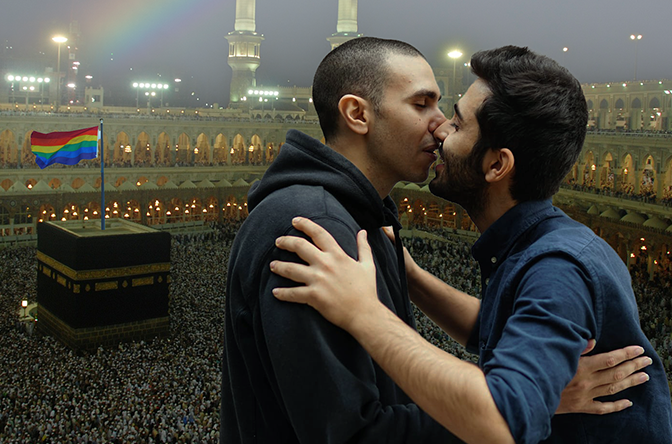 In only a few days, over 2,000 people signed his petition and many media outlets covered his action.

On 16 January 2021, his protests were heard: Facebook and Instagram released his accounts and the picture was published again.

And on 18 March 2021, the court in Flensburg, Germany ruled that Facebook had acted unlawfully.

If you want to start a petition for LGBT+ rights, click here and get started!