The time is now: Italy needs a law to fight against anti-LGBT+ hate!

Violence and discrimination against LGBT+ people are a daily reality in Italy. But there is no legal protection against hate crimes. After 30 years, Italy is now closer than ever to reaching this goal, but opponents are powerful!

Italy’s new anti-discrimination law would make violence and discrimination against LGBT+ people a crime in Italy. The All Out community jumped into action at the very beginning of the Parliament’s discussion on this important law.

In June 2020, our partners in Italy started a campaign asking the Justice Committee to pass the law. A month later, they delivered over 10,000 signatures to the Committee President. 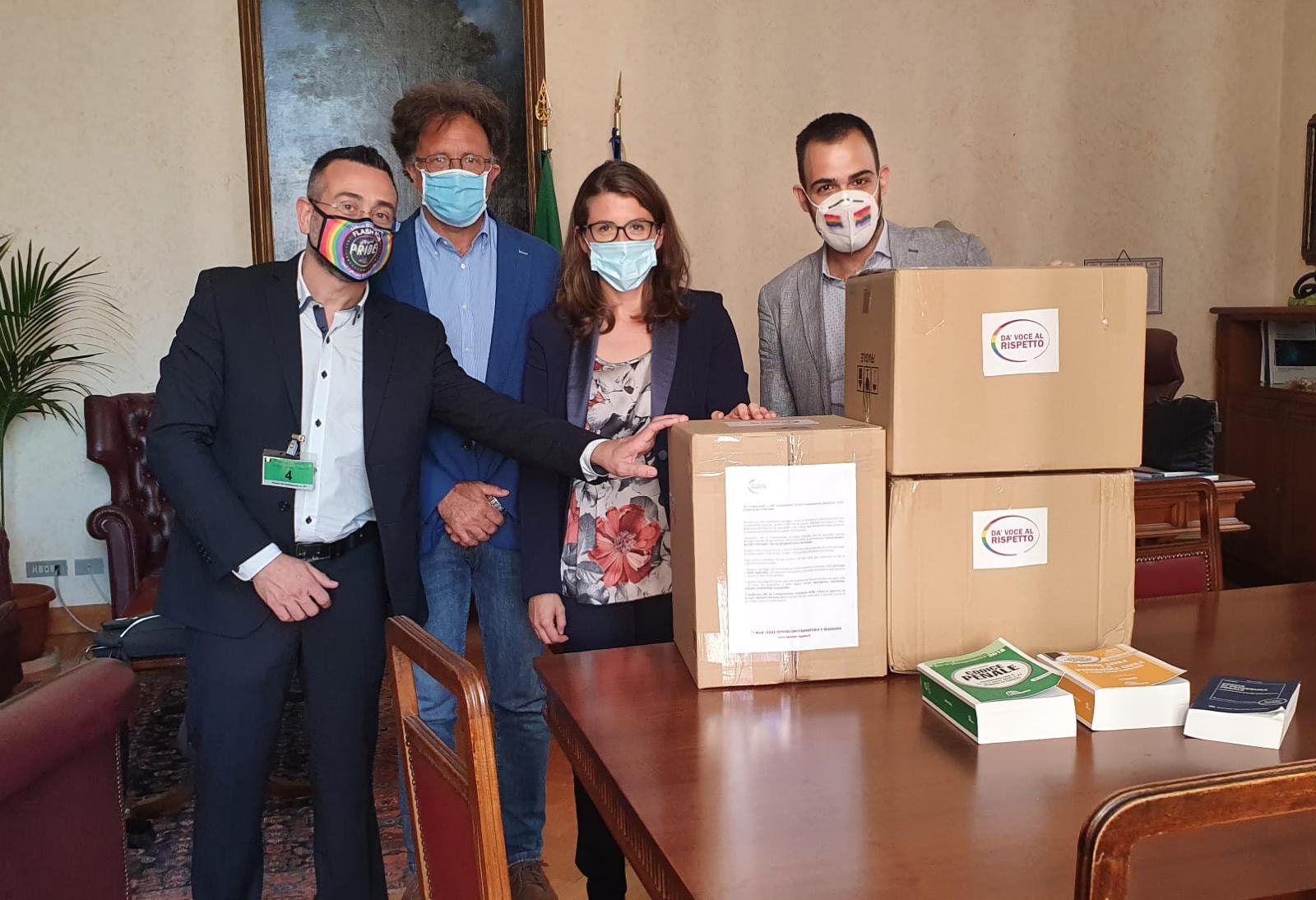 Meanwhile, we partnered up with Arcigay, the biggest LGBT+ rights organization in Italy, and over 20 other Italian LGBT+ and human rights organizations to launch a global campaign urging Italian lawmakers to pass a law banning discrimination and violence based on  sexual orientation or gender identity. The campaign also asks that the law include protections against women.

We helped organize protests in over 50 Italian cities, drove a billboard truck in Rome, and delivered over 70,000 signatures to Italy's Presidency of the Lower House from supporters all around the world! And it worked: In November 2020, the Lower Chamber finally passed the law - the first major step towards making it a reality. 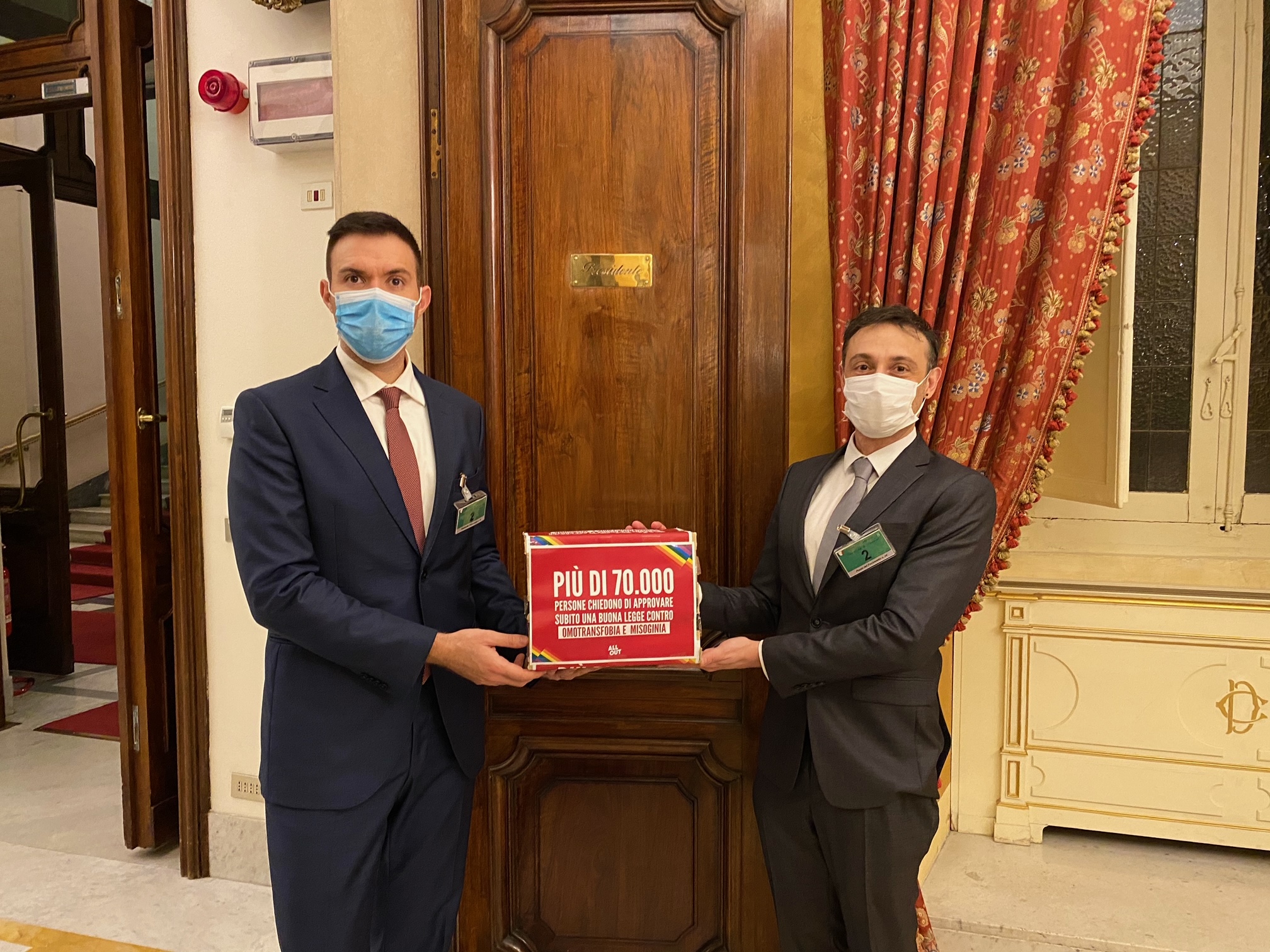 Delivery of over 70,000 signatures to Italy’s Presidency of the Lower House

Since then, the bill has been stuck in the Senate. That’s why our partners at Da’ voce al rispetto started a new petition to demand that the Senate bring this law to the finish line. The campaign was extremely successful: It was shared by dozens of high-profile influencers in Italy and reached over 135,000 signatures in less than two months.

All Out members have also participated in another round of protests in over 50 Italian cities.

On May 20, together with Da’ voce al rispetto and Change.org, we delivered over 460,000 signatures to the President of the Senate, the second-highest office in the country. This is a BIG DEAL in Italy, especially for groups like All Out, who are very rarely given this kind of access and publicity.

During Pride month, the Vatican took a totally unprecedented move and spoke out against the LGBT+ discrimination bill we’ve been working tirelessly for months to get passed. But thanks to donations from All Out members, we were able, together with Change.org, to drown out their hate and light up Rome with a huge message in favor of a swift approval of the law!

On October 27, 2021, the Italian Senate decided to block, by secret vote, the process of the law. This is a shameful moment for Italian politics. But this setback will not stop our fight for LGBT+ rights in Italy.