Morocco: the girls are free!

A harmless kiss and a gentle hug – and then three years in prison? That’s what two young girls from Morocco were facing.

When news broke in November 2016 that two teenage girls in Morocco were facing three years in prison over a kiss, All Out members jumped right into action.

The girls, aged 16 and 17, were detained by police after they were spotted kissing and hugging on the roof of a house in Marrakech last week, Omar Arbib from the Moroccan Association of Human Rights told CNN Arabic in a statement.

Together with our friends from Collectif Aswat and Association Akaliyat, All Out launched a huge global petition calling on Moroccan authorities to release the girls and all other prisoners convicted under Morocco's anti-gay law.

Help #FreeTheGirls now! SIGN & SHARE this petition for the two Moroccan girls who face prison over a kiss: https://t.co/5dOisCstHn pic.twitter.com/2dydYiusfj

More than 104,000 All Out members took action. After the first court hearing, the girls were released on bail, but the charges weren't dropped – we only had two more weeks to dial up the pressure.

#FreeTheGirls: The girls were released on bail, next court hearing is on Nov 25. Help keep up the pressure: https://t.co/mxUKlsy649

While they waited for the second hearing, All Out teamed up with L'Union Féministe Libre in Morocco to launch a new online tool, allowing people to express their solidarity from around the world: more than 1,700 All Out members sent personalized postcards of support directly to the girls. 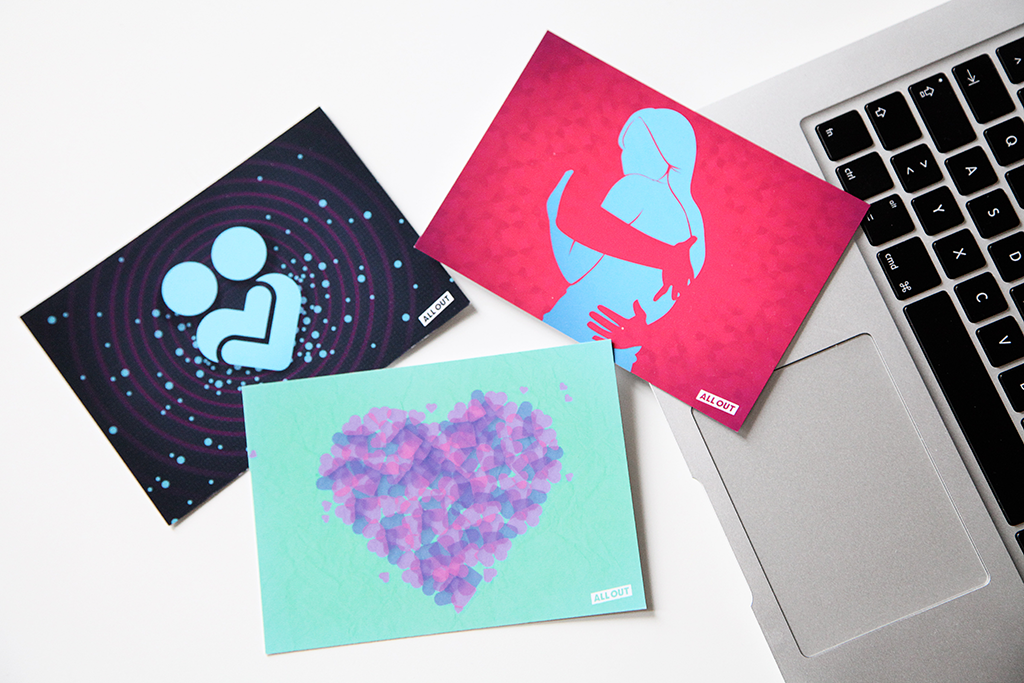 On December 9, after weeks of campaigning, and a day after we delivered over 100,000 signatures to the Moroccan Justice Minister, we got amazing news: the girls were found innocent by the court!

Fantastic news from #Morocco: the girls are free! Thanks to more than 103,000 All Out members who helped make this victory happen. #LoveWins pic.twitter.com/OG14SQFkhQ

This was a huge victory, but it's just the beginning. The girls should have never been charged in the first place. Together with local partners, we'll continue pushing authorities to put an end to Morocco's anti-gay law and free all the people jailed because of who they love.